Books on Deck / Up Next (VIII) 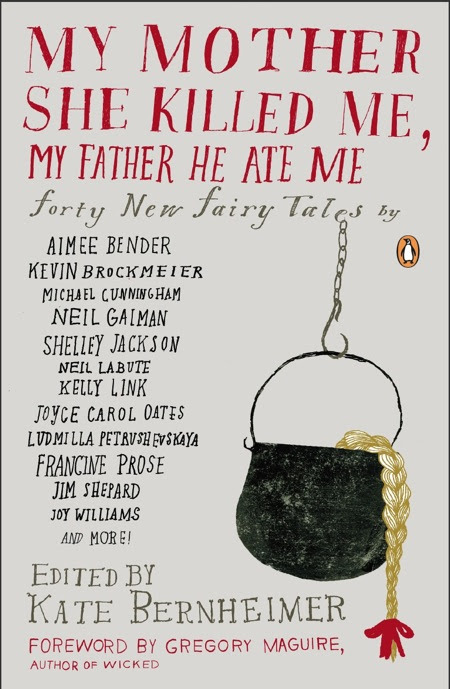 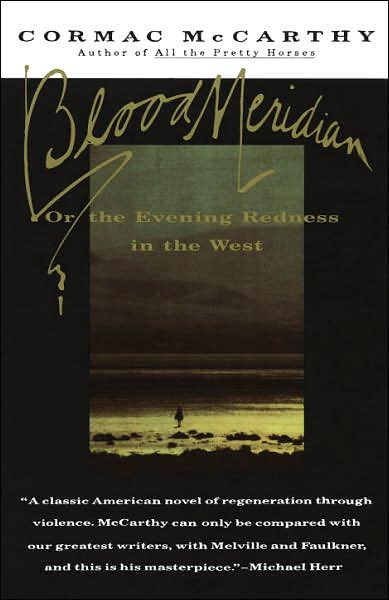 The E-Reader & The Author

E-readers aren't my thing; I definitely prefer the feel of a real book in my hand, but anything that gets more people reading is (overall) a good thing as far as I'm concerned.

However, this article from the New York Times Book Review has me worried at the effect of the mass market on "good" or "quality" writing. I'm of the mindset that any argument that utilizes James Patterson's overindulgent "quantity over quality" philosophy automatically loses. Sure, go ahead and write 12 books a year, but I find it hard to believe they'll be worth reading. Yet people still buy his tripe. Go figure. I mean the guy has people help write his books for him. Seems pretty cheap to me, but what do I know? I'm not making money hand over fist writing redundant beach reading.

If publishing houses are wanting more and more material from their writers in shorter amounts of time, at some point the quality has to diminish exponentially. I'd rather read one really amazing novel a year from an author than several middling novels. I hope you feel the same.

Writer’s Cramp: In the E-Reader Era, a Book a Year Is Slacking

For years, it was a schedule as predictable as a calendar: novelists who specialized in mysteries, thrillers and romance would write one book a year, output that was considered not only sufficient, but productive.

The author Lisa Scottoline, who writes thrillers, has increased her yearly output from one book to two because, she said, “the culture is a great big hungry maw, and you have to feed it.”

But the e-book age has accelerated the metabolism of book publishing. Authors are now pulling the literary equivalent of a double shift, churning out short stories, novellas or even an extra full-length book each year.

They are trying to satisfy impatient readers who have become used to downloading any e-book they want at the touch of a button, and the publishers who are nudging them toward greater productivity in the belief that the more their authors’ names are out in public, the bigger stars they will become.

“It used to be that once a year was a big deal,” said Lisa Scottoline, a best-selling author of thrillers. “You could saturate the market. But today the culture is a great big hungry maw, and you have to feed it.”

The push for more material comes as publishers and booksellers are desperately looking for ways to hold onto readers being lured by other forms of entertainment, much of it available nonstop and almost instantaneously. Television shows are rushed online only hours after they are originally broadcast, and some movies are offered on demand at home before they have left theaters. In this environment, publishers say, producing one a book a year, and nothing else, is just not enough.

At the same time, the Internet has allowed readers to enjoy a more intimate relationship with their favorite authors, whom they now expect to be accessible online via blogs, Q. and A.’s on Twitter and updates on Facebook.

Some of the extra work is being pushed by authors themselves, who are easing their own fears that if they stay out of the fickle book market too long, they might be forgotten.

Ms. Scottoline has increased her output from one book a year to two, which she accomplishes with a brutal writing schedule: 2,000 words a day, seven days a week, usually “starting at 9 a.m. and going until Colbert,” she said.

The British thriller writer Lee Child, who created the indelible character Jack Reacher, is now supplementing his hardcover books with short stories that are published in digital-only format, an increasingly popular strategy to drum up attention for the coming publication of a novel.

Mr. Child’s first story, a 40-page exploration of Reacher as a teenager, was released last August, several weeks before his latest novel came out in print. On the advice of his publisher, he is planning to write another digital-only short story this summer.

“Everybody’s doing a little more,” said Mr. Child, who is published by Delacorte Press, part of Random House. “It seems like we’re all running faster to stay in the same place.”

Even John Grisham is working overtime. Mr. Grisham, who used to write one book each year, now does an additional series aimed at middle-grade readers, the popular “Theodore Boone” novels that are published annually.

Publishers say that a carefully released short story, timed six to eight weeks before a big hardcover comes out, can entice new readers who might be willing to pay 99 cents for a story but reluctant to spend $14 for a new e-book or $26 for a hardcover.

That can translate into higher preorder sales for the novel and even a lift in sales of older books by the author, which are easily accessible as e-book impulse purchases for consumers with Nooks or Kindles.

Jennifer Enderlin, the associate publisher of St. Martin’s Paperbacks, said the strategy had worked for many of her authors, who saw a big uptick in hardcover sales, book over book, once they started releasing more work.

“I almost feel sorry for authors these days with how much publishers are asking of them,” Ms. Enderlin said. “We always say, ‘How about a little novella that we can sell for 99 cents?’ ”

That has replaced a carefully plotted print publication system, when readers waited eagerly for the yearly release of a favorite author’s novel. At that rate, publishers reasoned, readers would never be overwhelmed by content.

Scott Schiefelbein, a lawyer in Portland, Ore., wrote an enthusiastic review last month on Amazon.com of “Second Son,” a short story by Mr. Child that Mr. Schiefelbein read after buying his latest novel, “The Affair,” on his Kindle.

There is “no limit” to the number of Mr. Child’s books he would buy, Mr. Schiefelbein said.
“I’ll give basically anything he writes a chance,” he said. “With my favorite authors, I always want to read more from them.”

Some of the biggest authors have become so productive that they are nearly an impossible act to follow. Airport bookstores these days can feature not just one stack of James Patterson books, but an entire rack of them, sometimes more than six titles at a time. Mr. Patterson produced 12 books last year, aided on some titles by co-writers. He will publish 13 this year.

“A lot of publishers and authors have looked at what James Patterson is doing and realized, ‘I may not be able to publish nine books a year, but certainly I can do two,’ ” said Brian Tart, the publisher of Dutton, an imprint of Penguin. “They were able to grow him and grow the readership using that strategy.”

(The new expectations do not apply to literary novelists like Jeffrey Eugenides and Jonathan Franzen, who can publish a new novel approximately every decade and still count on plenty of high-profile book reviews to promote it.)

Publishers also believe that Salinger-like reclusiveness, which once created an aura of intrigue around an author, is not a viable option in the age of interconnectivity. “Particularly now with social media, authors are constantly in contact with their fans in a way that they never were before,” said Liate Stehlik, the publisher of William Morrow, Avon and Voyager, imprints of HarperCollins. “Now it seems to make more sense to have your author out in the media consciousness as much as you can.”

Authors don’t seem to be writing digital-only short stories for the money. Advances are typically not part of the bargain, and the works are priced so low (usually $0.99 or $1.99) that they don’t produce much revenue, even if they take several weeks or months to write.

But some authors said that even though they are beginning to accept them as one of the necessary requirements of book marketing, they still find them taxing to produce.

“I have been known to be a little grumpy on the subject sometimes,” said Steve Berry, a popular thriller writer who writes short stories that are released between books. “It does sap away some of your energy. You don’t ever want to get into a situation where your worth is being judged by the amount of your productivity.

(Review) Stephen King's "The Dark Tower 4.5: The Wind Through the Keyhole" 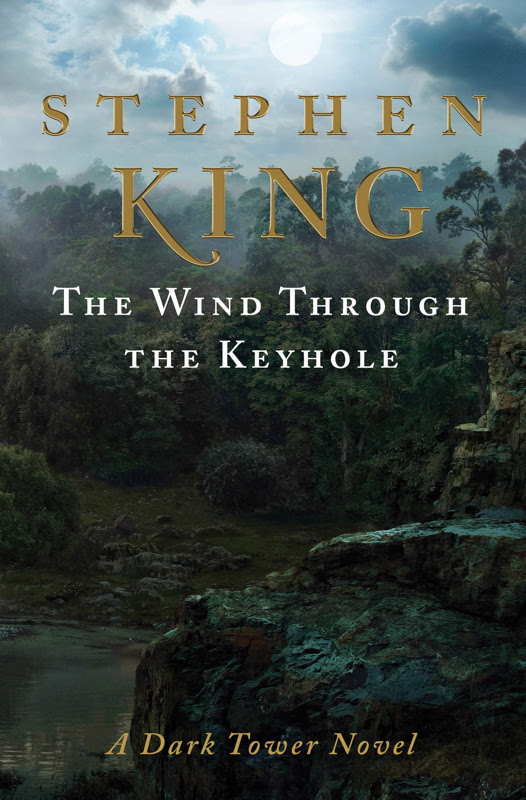 I've read the Dark Tower series some 6 or 7 times all the way through despite not liking the vast majority of King's work. A post-apocalyptic gunslinger in a world running parallel to ours seemed like a pretty interesting premise and I wasn't disappointed until the ending of the last book, which seemed to fall apart quickly. Otherwise, I loved the series.

This book, set after the fourth in the series, puts us back into the company of the the four gunslingers and their billy-bumbler companion (a dog-like animal with gold ringed eyes and the limited ability to speak). Susannah Dean, her now husband Eddie, the boy Jake Chambers, and the head of their group (or ka-tet) Roland Deschain. A storm called a starkblast is on its way. It's powerful and cold enough to cause frozen destruction over any landmass and the quintet scrambles to find cover.

When they do, Roland tells a Russian doll of a story; one set within the confines of another. Roland recounts his adventure with Jamie Curry, another young gunslinger, in hunting down and killing a beast called a skin-man. The skin-man, a shapechanger of sorts that can become any kind of beast at will, has caused wanton destruction and many deaths over the course of a few months. When Jamie and Roland, both fifteen, arrive in Delabria, they find a single witness in a scared boy. Using the boy as a bait of sorts, Roland keeps him locked up in a jail cell and recounts another story from his early childhood in order to calm the boy.

This fable is one that's been told "many a and many a year." It is a classic tale handed down from the generations about a boy who loses his father to murder, gains an abusive step-father, follows a strange magician's advice deep into a forest in order to save his mother from the man she married. He is, of course, successful in his endeavor, returns home to help his mother, and all ends well.

When the story is over, it's time for Roland to sniff out the skin-man. He and Jamie figure out who it is a little too late, but they eventually bring peace to the rural area and keep the boy witness from coming to any further harm.

As a book of stories from the youth of Roland Deschain, this book is captivating and interesting enough. As a new entry into the Dark Tower story started so long ago by King, it's severely lacking and lends nothing to the overall tale. It can be read completely separately from the other 7 books, but it helps to have read the others that have come before it. Much of the writing felt forced and I never found myself as engrossed in it as I was in the others; I read the 700 page entries much faster than I read this 306 page tome. As a stand-alone collection of stories, this works, but I think it does a disservice to the rest of the series by being included as such between books four and five. I think much of this feeling stems from the fact that I've spent so much time with Roland and his ka-tet over the other seven books that I have an emotional attachment to them. With the characters in these two stories, I felt very little save for getting a glimpse further back into Roland's troubled past.