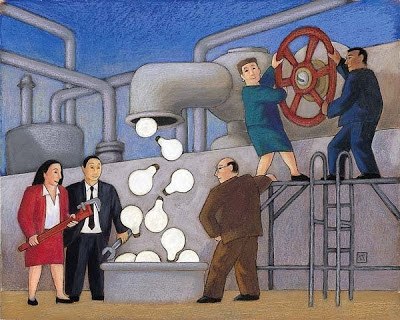 Inevitably, after someone has read my work, they ask where I get my ideas from or what inspires me. At this point, I just shrug. The ideas come, the ideas go. Some stick harder than others and compel me to put them to page because there seems to be something substantial there. Something about the initial idea feels like it can be expanded upon, lengthened, stretched to its outermost limits. Talking paintings? Melting stained-glass flowing into the root system of trees, nourishing it's branches to produce multi-hued fruits? Honestly, sometimes it just starts with a captivating image. 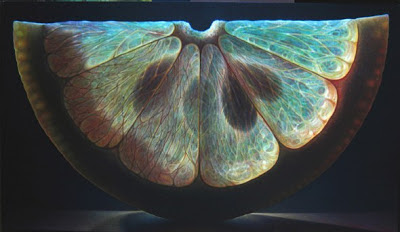 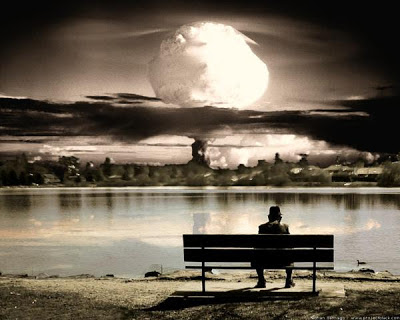 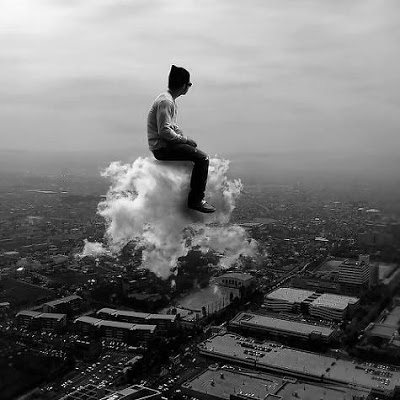 The image, frozen and stuck in that one perfect moment, tells a million different stories, all of them as true or as false as one wants to make them. Forget a thousand words; I'll give you a novel based on one picture alone, given that it strikes me in the right way.

And with the question of "how" from readers and/or non-writers comes the conversation between two writers, the "where do your ideas come from?" discussion, a discussion that is infinitely more interesting to think about and mull over. And it's one I got into this weekend with a good friend who is in the process of having her first book published (yay!). It got me to thinking about the origins of all my weird tendencies, the outer fringe territories populated by what seems to be a small, but growing, legion of people who enjoy the more bizarre, more surrealistic, more *insert whatever outlandish description your brain can come up with here.* 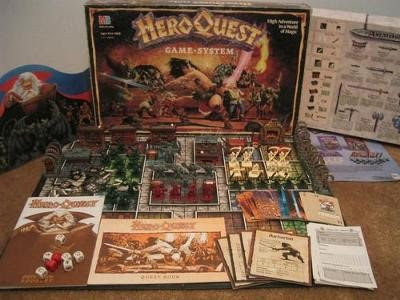 I read a lot as a child. I also played a lot of video games. When I stumbled across the world of RPGs (role-playing games), I fell in love with them. Long, epic stories of magic and monsters, travels, trials, and tribulations all coalescing into one grand finale. Then I found the the actual RPGs like Dungeons & Dragons, RIFTS, HeroQuest. Rather than sitting in front of a television screen pushing a few buttons now, I was sitting around a dinner table until 5 or 6 six in the morning rolling dice, making real decisions about fake characters with real outcomes while hopped up on cold pizza and soda. This is the first time I can remember having to use my brain in a more creative way. This is also probably why I didn't date for a very, very long time. C'est la vie. 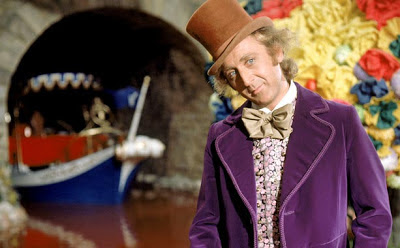 There were movies I watched and books that I read as a youth that heavily influenced my more left-of-center ideas: "Spaceballs," "Willy Wonka & the Chocolate Factory," Ul De Rico's "The Rainbow Goblins," and foreign sketch comedy like Monty Python's Flying Circus and The Kids in the Hall. I certainly didn't understand the nuance of every thing I read or saw, but I enjoyed being surprised, I enjoyed the wonder of it all. To be captivated by something that hinged on reality, but then fell over the cliff of nonsense just a little ways...that was my sweet spot.

"A little nonsense now and then is relished by the wisest men..." 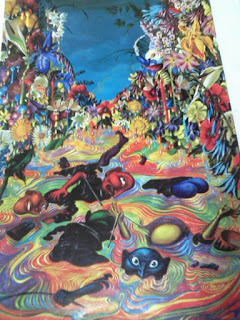 And then I did date, which was followed by heartache. Bad poetry and bad decisions followed shortly after, adding yet a few more facets to the personality that I hadn't had before. Extra emotions and experiences that one couldn't just conjure up from nothing. Here was a dose of reality, served up cold in front of me and I ate every foul-tasting bite until the plate was clean. This was followed up by college, where I found the wonders of heavy boozing and extracurricular activities that changed more than their fair share of synaptic pathways, made me see things in lights that sparkled differently than the sober mind would allow. This was, I believe, the second big (see: true) step into this mental shaping of my authorial proclivities. 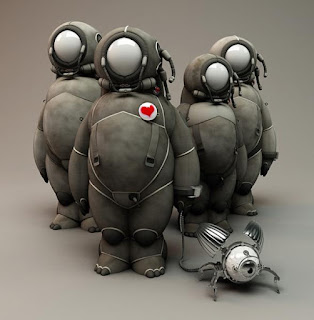 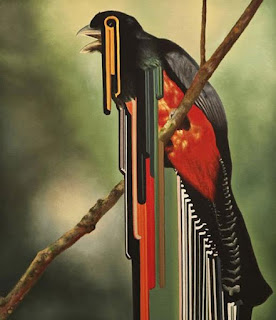 Music also played a huge role in my thought process, more for its lyrics early on, but for its ability to change shape and morph as I found out later on when fusion jazz made its way into my headphones. I listened to the lyrics of Jeff Buckley and Blake Schwarzenbach (Jawbreaker/Jets to Brazil), A Tribe Called Quest and The Roots, Braid and Jeremy Enigk (Sunny Day Real Estate). There was a playfulness to the cadence and the choice of syntax utilized by each vocalist that struck me. The individuality, the way each person could speak about the same kind of experience in so many varied ways in so many varied styles, showed me facets for exploration. I didn't have to keep myself pigeonholed in one frame of mind; no one likes just one kind of music all the time, they tend to enjoy a melting pot of sound. Writing should be the same.

And so this is how I approach my own writing - I may have a particularly striking image in a dream that sticks with me through the day. I may pluck a random string of words out of my memory and put it to paper just to see where the memory leads me. Sometimes the lines die on the page and never go anywhere; it's sad, but I've gotten used to this happening. Other times, five pages comes quickly from the fingers. Stumbling across images (like those found above) is a pretty excellent prompt as well. If it strikes me, I can find the story buried outside the lines of the image in order to find the subtext. But really, when all is said and done, the stories come to me because I allow myself to be open to their arrival through any medium they choose. I am inspired by most things, but I cherry-pick the ones that seem to have the most interesting story within them.

Your assignment: pick from any of the four images below. Leave a small, but inspired, bit of writing based on one of them in a comment. 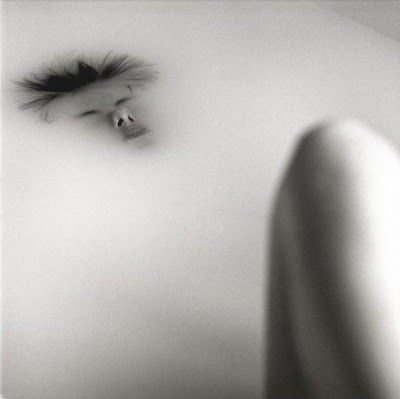 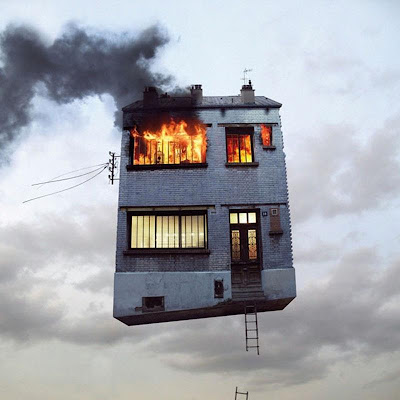 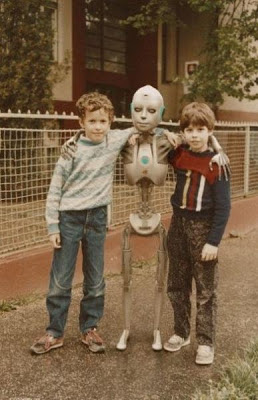 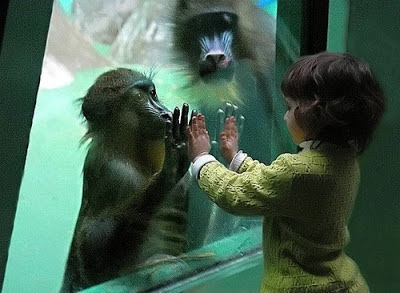 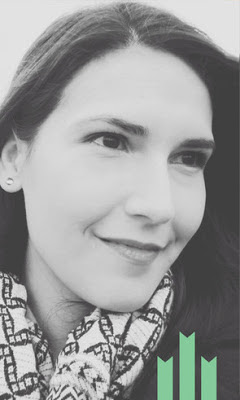 Callista is a graphic designer, artist, decorator, avid crafter, photographer... to put it short, she's a Creative. She's lived in the Kansas City metro area for over 4 years now, but is originally from Columbia, Missouri.

She loves all aspects of art. Creativity makes her a very happy camper. She's been drawing and painting since she could hold a crayon. Her mother still has her first recognizable drawing from when she was one; a bean that somewhat resembled Santa Claus and it was all uphill from there. She's always been interested in portraiture, but before diving into photography, her portraits were painted on canvas. She still paints and you can see some of her work in the Fine Art section of her website.

Just like any fine artist, her personal style is always growing and changing. She loves romantic, bright images, unique compositions and bursts of color. When she photographs an individual, a couple or a family she wants to capture a moment for her clients to remember and share for years to come. 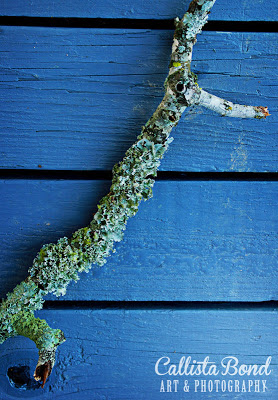 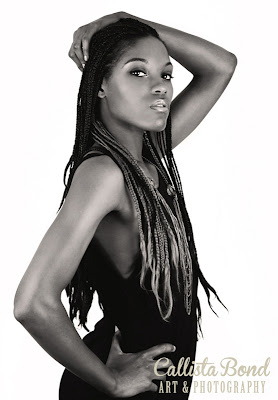 
Why are you an artist?


That's a hard question to answer. I have absolutely no idea why I'm an artist. I just am and have always been. I've been drawing since I was 1 - yes my mother has my Santa Claus scribble in my baby book. My parents would buy me dolls, board games, blocks, the works. But my favorite gifts were the reams (boxes and boxes) of computer paper my dad would bring home from work. I would spend hours upon hours with my giant tub of crayons and drawing pencils, filling the pages with illustrations. I was born to be an artist. I'm the most content when I'm creating. It's not specified to a particular form of art. I do whatever I can or feel inspired to do, whether it's a sketch, a painting, photography, performance chalk art, or graphic design. 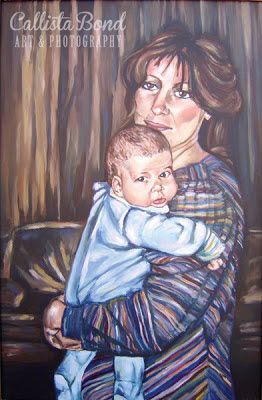 
What is your inspiration?


There are so many things that act as inspiration. However, I would have to say most of my inspiration comes from light and color. I'm obsessed with bold and beautiful color. It makes me happy. As far as people go, I'm inspired by the artists around me. I have many friends who are artists and I find inspiration in all of them. Not necessarily their style of art, but their passion for art. It drives me to continue creating. 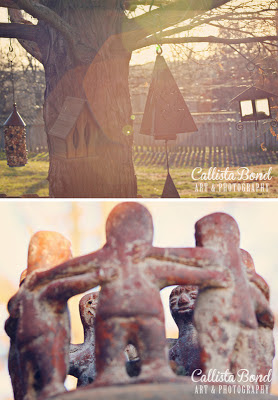 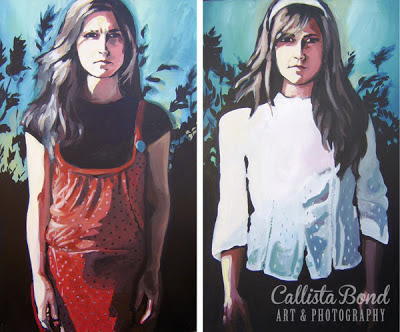 
Would you consider yourself a designer or artist or both?


I consider myself both a designer and an artist. I have a full time job as a graphic designer for an animal health product distributor, as well as a freelance graphic design business. This is in addition to my fine art and photography business. However, I do consider them separate. The designer side and the artist side feed different needs. My designer side is a more structured message. I'm typically designing and creating for someone else and for a specific purpose or outcome. The artist side is more conceptual, it's me letting loose and exploring ideas and dreams. I love to share those ideas and dreams of others, but I create art to satisfy myself.


What is your philosophy of Art?


I wrote a paper and created a piece of artwork on this back in college. I created a painting on canvas showing a woman screaming. From her mouth was a stream of bacteria... subtle, right? The message I wanted to portray in the piece is that over the years art is what people say it is, even if it's complete crap - literally. Am I wrong in believing something is a complete mess of scribbles and cluttered junk? No. Is another person wrong for having a strong connection with it? Of course not. Art is truly in the eye of the beholder, and as the people of the world change - so does art. 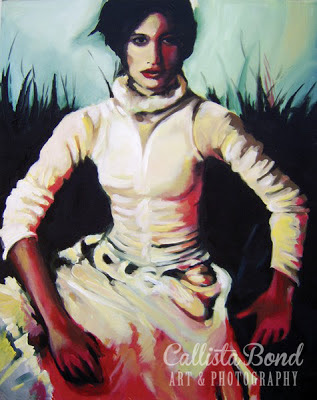 "Portrait of a Woman"


What is the role of the artist in our society?


It depends. Some artists inspire. Some just clone beauty. Some invoke emotional responses, such as rage, sadness, happiness.... but ultimately, an artist's role is to keep the minds of society open to new perspectives and new ideas. It's not necessarily facts that alter perspective, it's what tugs at your heartstrings. 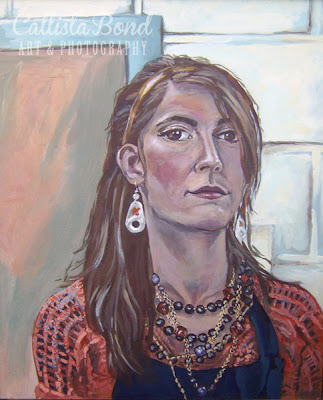 
Where do you see yourself as an artist in 5 years? What are your ultimate goals as an artist?


I'm not trying to make a big name for myself. I just want to leave a little mark in a few lives. I create art because it's what I was born to do. My goal is to create artwork I'm proud of. In 5 years I hope to be doing the same thing I do everyday... but more of it. 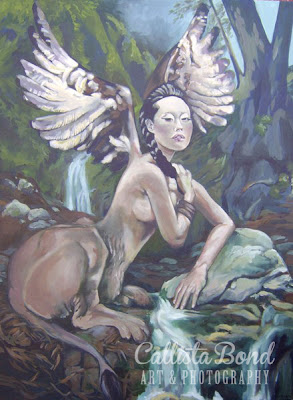 
What does art mean to you?

Art = Me + Everything
That's putting it short. Art is a huge part of my life, I know I couldn't live without a creative outlet. When you're an artist, it's a huge part of who you are. What makes you tick. I don't just do it because it's fun. It's because my mind and heart say I have to. 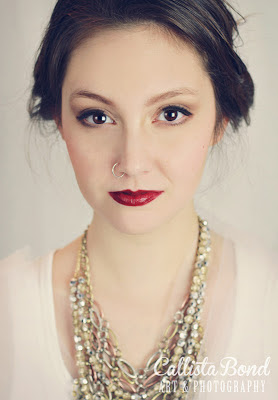 Currently working on new pieces, shows are unscheduled at this time - planning for good things in late 2013.