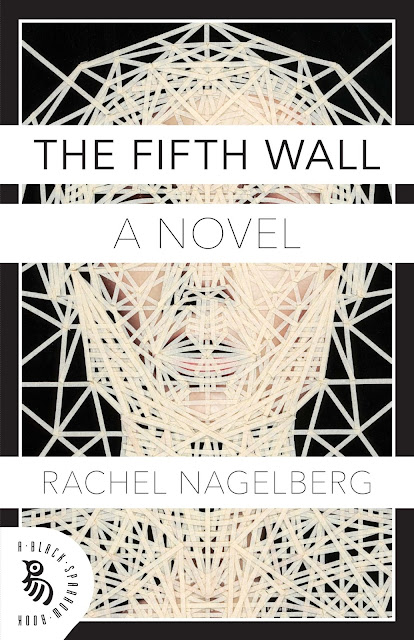 The Fifth Wall
by
Rachel Nagelberg

There are horror stories that come out of MFA programs, stories that talk of unscrupulous and catty authors-to-be. That was, as I've said before, not a thing I experienced during my time at the University of San Francisco. My philosophy has always been "support other writers" since not one of us will ever know how our books will sell, if they'll sell, or how they'll be critiqued by readers. It makes zero sense to *not* lift up the other writers around us and wish for their success.

So when a former classmate puts out a book, I like to do my best to help hype their work since we are often relegated to hyping our books on our own. An extra voice is always good and welcomed and I am always stoked to be able to help out my former classmates and friends.

I didn't have any classes with Rachel during my time at USF, so I never had a chance to read her work in class, but we interacted often and I know a little about what and who she reads, so I have a decent take on her literary aesthetic. I would be lying if I said I was not super excited to dig into her debut novel immediately.


You can read an excerpt at 3AM Magazine:
http://www.3ammagazine.com/3am/fifth-wall-rachel-nagelberg-excerpt/

Another excerpt should be forthcoming from The Brooklyn Rail.

She currently has two readings scheduled to promote the book:


"In this debut novel by Rachel Nagelberg, conceptual artist Sheila B. Ackerman heeds a mysterious urge to return to her estranged family home and arrives at the exact moment of her mother’s suicide. In an attempt to cope with and understand her own self destructive tendencies, Sheila plants a camera on the lawn outside the house to film 24/7 while workers deconstruct the physical object that encases so many of her memories. Meanwhile, as she begins to experience frequent blackouts, she finds herself hunting a robot drone through the San Francisco MOMA with a baseball bat, part of a provocative, technological show, The Last Art, and resuming a violent affair with her college professor. With a backdrop of post-9/11 San Francisco, Sheila navigates the social-media-obsessed, draught-ridden landscape of her life, exploring the frail line between the human impulse to control everything that takes place around us and the futility of excessive effort to do so. The Fifth Wall allows readers to explore from a safe distance the recesses of their own minds, leaving the haunting feeling of depths that yet remain unknown."

"Set into motion by an inexplicable, traumatic and violent real-life event, Rachel Nagelberg’s
brilliant first novel begins at the limits of contemporary art, as it attempts to reflect the
ungraspable present.  Born in 1984 into a familiarly frayed American family, her protagonist Sheila B. Ackerman, a former art student, is neither especially likable or unlikeable: that is, she’s incredibly real.  A close artistic cousin to Joni Murphy’s Double Teenage and Natasha Stagg’s Surveys, The Fifth Wall is a new kind of novel.  Female and philosophical, emotion flows through the book across a dense and familiarly incomprehensible web of information, from satellite selfies to awkward sex to internet beheadings and shamanic tourism in the third world. Nagelberg's engrossing narration is littered with stunning perception: We look into the distance to be able to see what’s right in front of us. She writes without affect, and with unselfconscious acuity. That is, she writes really well."

"Nagelberg has a true gift, able to write gorgeously on the line level with unctuous images. And simultaneously, there's a readable page-turner here. Most of us are lucky to do one of those, which is a testament to the singular talent.  This book cascades beauty and meaning and truth."

"The Fifth Wall crackles with braininess and sex. It's hallucinatory and interactive and funny and sad and it has something incandescent to show you."

– Stephen Beachy,
author of The Whistling Song and Distortion, and professor at the University of San Francisco 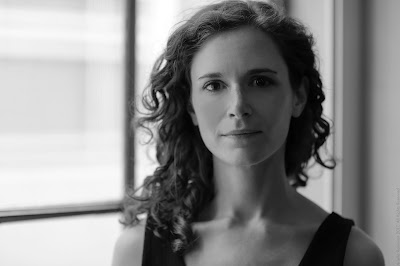 The Fifth Wall is her debut novel.