Books On Deck / Up Next 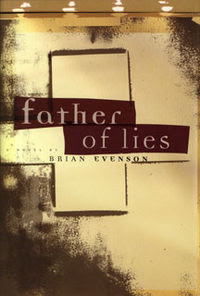 "Father of Lies" by Brian Evenson

"At the urging of his wife, Provost Fochs reluctantly agrees to see a therapist, Dr. Feshtig. Through the therapist's detailed notes, correspondence from the church, and the provost himself, the provost's sickness emerges and the reader is drawn into the disturbing inner workings of a violent pedophile. The provost relays his crimes in excruciating detail. 'God told me that where evil made its mark, good must follow, burning evil out and purifying the body.' Fochs describes a dream in which he sodomizes two boys from the parish in an effort to exorcise their sins. Soon thereafter, two boys come forward accusing Fochs of that very deed. In another dream he strangles and dismembers a young girl in the woods near his house, where a child from his parish is later found." 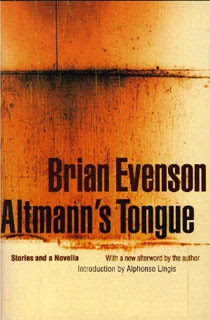 "The spirit of Edgar Allan Poe inhabits this collection of violent and mysterious stories that recall not only that master of the perverse but also the seamier side of the nightly news. Death seems to arrive inevitably, often quickly, in these tales; in the title story, a man contemplates the justice of the two murders he has just committed, and, in the concluding novella, a detective relentlessly pursues a trail of bodies that leads ever closer to himself. Despite the horror present in each story, Evenson's blend of wit and shock, which plunges readers into the minds of his often demented protagonists, serves to create acceptance even as it generates repulsion; in "Stung," for example, a boy seemingly kills his stepfather for no apparent reason but then is seduced, languidly and ineluctably, by his mother. Many of these tales, particularly the short-shorts, remain enigmatic, resistant to any explication; yet even they are told in such a compelling fashion that one reads not to understand but merely to witness." 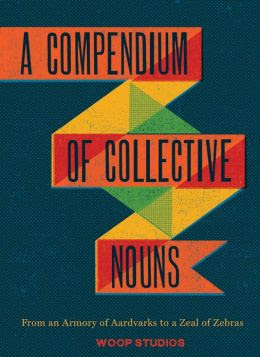 "A Compendium of Collective Nouns" by Jason Sacher

"This illustrated guide compiles over 2,000 collective nouns and brings them to life in stunningly colorful, graphic artwork from the design dynamos at Woop Studios. Chock-full of treasures of the English language, the diversity of terms collected here covers topics from plants and animals (a parade of elephants, an embarrassment of pandas) to people and things (a pomposity of professors, an exultation of fireworks) and range from the familiar (a pride of lions) to the downright obscure (an ooze of amoebas). Pronunciations, definitions, etymologies, and historical anecdotes make this beautiful book an entertaining read, a standout reference, and a visual treat. Language lovers and art appreciators alike will be captivated by this gem, rich in word and image." 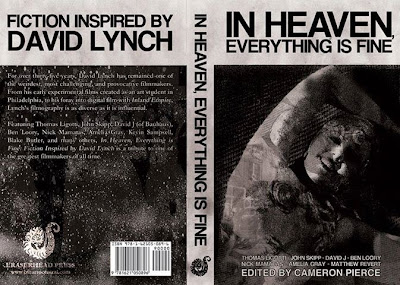 "In Heaven Everything is Fine: Fiction Inspired by David Lynch" 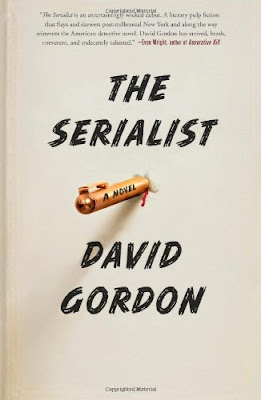 "The Serialist" by David Gordon

"Harry Bloch is a struggling writer who pumps out pulpy serial novels—from vampire books to detective stories—under various pseudonyms. But his life begins to imitate his fiction when he agrees to ghostwrite the memoir of Darian Clay, New York City’s infamous Photo Killer. Soon, three young women turn up dead, each one murdered in the Photo Killer’s gruesome signature style, and Harry must play detective in a real-life murder plot as he struggles to avoid becoming the killer’s next victim.

Witty, irreverent, and original, The Serialist is a love letter to books—from poetry to pornography—and proof that truth really can be stranger than fiction." 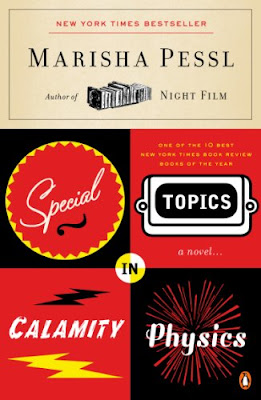 "Structured around a syllabus for a Great Works of Literature class, this mesmerizing debut, uncannily uniting the trials of a postmodern upbringing with a murder mystery, heralds the arrival of a vibrant new voice in literary fiction." 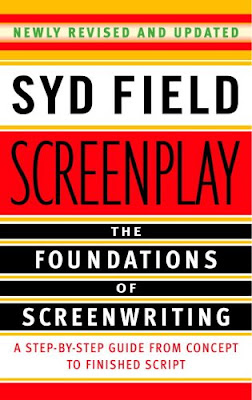 "Screenplay: The Foundations of Screenwriting" by Syd Field

"A generation of screenwriters has used Syd Field’s bestselling books to ignite successful careers in film. Now the celebrated producer, lecturer, teacher, and bestselling author has updated his classic guide for a new generation of filmmakers, offering a fresh insider’s perspective on the film industry today. From concept to character, from opening scene to finished script, here are easily understood guidelines to help aspiring screenwriters—from novices to practiced writers—hone their craft. Filled with updated material—including all-new personal anecdotes and insights, guidelines on marketing and collaboration, plus analyses of recent films, from  American Beauty to Lord of the Rings—Screenplay presents a step-by-step, comprehensive technique for writing the screenplay that will succeed in Hollywood."