A Year in the Midwest 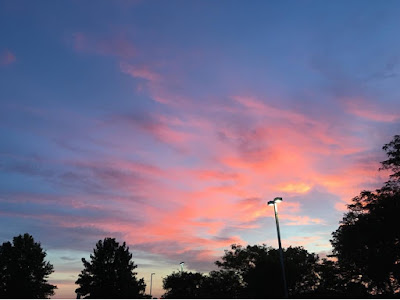 The summer is drawing to a close. It's been an interesting transition, moving from northern California (where air conditioning isn't a thing) back to the Midwest (where it is a necessity). Mine has gone out three times in the last three weeks and, luckily, I live in an apartment complex with a maintenance staff who are not only fast and friendly, but good at what they do. But the nights where the AC has gone out have been the longest as I've been unable to sleep or I've simply been sleeping poorly as of late. I have an active imagination; I play scenarios out in my head over and over with differing results and this is what keeps me staring up at the popcorn ceiling until the alarm goes off at 4am. Sometimes you listen to the voices, sometimes you have to drown them out or suffocate them altogether.

I'm coming up on being home a full year. I have recorded 14 new DJ mixes, all of varying styles. I have had 27 separate DJ-ing gigs, I've done one public reading, two old friends have passed on to other worlds, and I had the joy of a brief summer fling that has since, I imagine, fizzled out. This is life; this is how things go.

I am still broke, despite finally being in a job that has the potential to be a long-term career, but I am happier. I knew I would have to start from the bottom (as I have done over and over and over again, much to my consternation), but it is not the literal backbreaking work of my previous job. I am constantly called on for my brain, which is all I've ever really wanted. I am a "puzzle guy," as my work wife likes to say. I see problems, I offer up myriad solutions. I never approach my boss with a complaint unless I have a multitude of ways to solve said complaints, all with varying degrees of success upon implementation.

I have spent more time in my pool than not, my skin more bronze now than pasty white. My apartment has become a hub for friends and family to rest their heads after spending hours in the water or after a long weekend night out. It has been a good vessel with which I have reconnected to the people of my previous life. It remains the perfect size, allowing plenty of space for sleepovers, movie watching, boozing, and all the various detritus of my life spread out on the bookshelves that line every wall.  i am not displeased by how things have gone this year despite the few instances of dissatisfaction or sadness in the things I cannot control.

I have tried to find a place in my apartment that is conducive to my writing, but to no avail. This weekend, I attempted to revisit some old pieces to update and revise them, to finally finish them and send them out for publication. My mind remained blank as I touched on each of the characters in their respective settings. I worry that I have let them lie dormant for too long, that I have not allowed myself the time to marinate on their worlds and their problems because I have been far too focused on my own world and my own problems. This in itself elicits a whole other host of issues that need to be dealt with sooner than later. The tattoo on my left arm was originally a reminder to myself to never stop writing, yet that is exactly what has happened. Finding the balance between enjoying a real life and creating fictional ones has been difficult.

In many ways, my mental struggle has been the propellant force that allowed for so much writing to erupt out of me. Internal battles necessarily find themselves on the page because that is where I seem to find some measure of closure in them. Those internal battles are now fewer and farther between, though I have no doubt new ones will arise again soon enough. 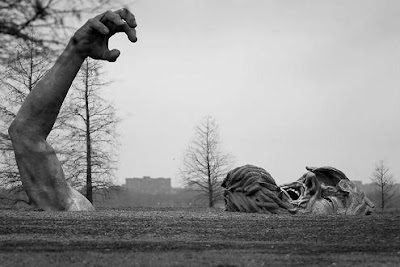