A Degree Does Not Make You A Better Writer...

...but if you work your ass off to push yourself and take in every ounce of advice from the people around you, both writers and professors, you'll become one.

I just graduated with my Master of Fine Arts degree in Writing from the University of San Francisco on Friday. The ceremony was a quick one, as they broke it up into three separate ceremonies based on academic schools, but the ceremony was the pomp and circumstance that follows the two and half years I spent learning, ingesting, absorbing, reading and then finally utilizing on my thesis.

And it's true...just because I have a graduate degree in the subject doesn't make me a better writer than anyone else. Innate, natural talent can't be taught or learned, it simply is. But what CAN be taught and/or learned are the tools necessary to make one a better writer. How each individual receives and uses these tools is completely up to them, but for me personally, I came out a far stronger writer than when I arrived in July of 2009.

A good portion of this is derived from my own particular passion; I wanted it bad enough to succeed on my own merits and via my own drive. Writing a book isn't something you can do overnight (not a good one, anyway). It's a grueling Sisyphean task that requires you to be your own worst critique while knowing when to pat yourself on the back accordingly. There are plenty of excellent authors who don't go to graduate school to learn more about their craft and they write excellent books. I needed the education. I WANTED the education because I knew it would only make my writing stronger.

Technically, you can put a price on an education, but I don't even flinch at what I paid for my last two and a half years of sitting through lectures and workshops every Tuesday and Wednesay night. I hustled to get where I am, as did everyone else in those classes. Overwhelmingly, I could tell that my professors hustled to make sure we students got what we were paying for in spades. Damn near every professor I had was engaged in my progress as a writer and as a critical reader and more than a few of them were uncanny in their ability to see through the haziness of our writing to see the real nuggets we were going for and just didn't know it.

So no...getting an advanced degree doesn't necessarily make you a better writer, but damn if it doesn't help. Thanks to the USF staff and to all my classmates! I wish you all the best of luck in every endeavor. Best two years of my life thus far and I wouldn't change a damn thing about any of it other than wishing it had lasted longer. 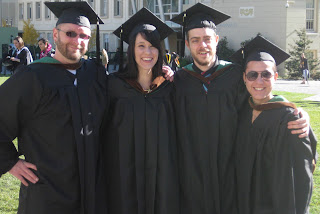 (The author, a raging writer and drinker, is on the far left. He is more than willing to sign your cleavage if you mistake him for someone famous or already published.)

I've been listening to a lot more classical lately. Not so much of the old classics like Tchaikovsky or Mozart, but more contemporary composers like Gustav Mahler, Gustav Pettersson, Krzysztof Penderecki, and Modest Mussorgsky. Their compositions are dark and mostly dissonant, a kind of music fare that fits the writing mood that I seem to find myself in.

What I love about most music is that it evokes different emotions in people depending upon their mood or their memories. For me, Jeff Buckley's album "Grace" didn't hold as much relevance until 2006, despite my having owned it since it's release in 1994. Twelve years apparently makes a person's tastes change a bit and this is no exception. I played the violin in the fourth grade. I LOVED classical music, but couldn't read notes to save my life. So at my final concert, when I lost my place in the sheet music, I simply kept my bow moving to make my mother think I was still playing (we played at a HUGE concert hall at the time for our parents). I can't stress this enough: one bow out of sync in an entire orchestra, and people will know. Even if you're not playing a single note. Don't do this.

Regardless, I've always had a special kind of love for the classical music. I know very little about it, but I typically love what i hear. Here are some composers I've been listening to lately:

Email ThisBlogThis!Share to TwitterShare to FacebookShare to Pinterest
Labels: Music

Over the years, Christmas has given us crazy shopping sales, an increase in television and print advertising, and a disturbingly higher than average need to trample other shoppers once a store opens up thanks to the stupidity that is Black Friday.


But it's also given us a lot of great stories. Most of them are, personally, overly sentimental, but that's the nature of the season; people tend to be more giving and emotional during the holidays, but not so much during the regular days of the year. So, in honor of the upcoming holiday, here are a few of my favorite must-see/must-read Christmas stories. I grew up watching and reading most of these while others are relatively new to my canon of tradition, especially now that I have young nieces.

Truly one of the funniest movies of all time. That TBS tends to run a 24-hour marathon of it every year only solidifies it more and more as a Christmas staple.Told in a Morgan Freeman-style of narration by a grown-up Ralphie, this story runs the gamut of every ridiculous thing possible about Christmas. From a pack of wild dogs breaking into the house to eat an entire turkey, to a kid shooting his eye out with a bb gun, to the most famous scene of all - that of Ralphie's friend being triple dog dared into sticking his tongue to a frozen flag pole outside the school. If you haven't seen this, you absolutely need to.

Frank Capra made some great movies and this is one of them. I first watched this one with my father many many years ago and it's remained a favorite. Very much a twist on the Dickensian "A Christmas Carol," Jimmy Stewart plays the role of the anti-Scrooge, but who is suicidal due to financial problems. An angel saves him after he jumps off a bridge and shows him the future of his hometown if he had never existed. This has remained a mainstay for many good reasons, but most notably (I think) because it flips the Dickens version on its head and remains interesting. 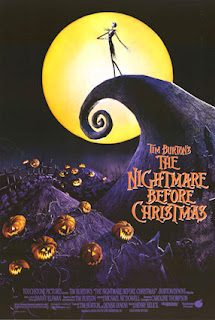 Tim Burton makes some weird movies, but they're almost always enjoyable (almost). Don't get me started on his remakes of "Alice in Wonderland" or "Charlie and the Chocolate Factory." I visited some friends in LA this summer and got to see the exhibit of Burton's stuff at the LACMA. It was an impressive and daunting collection made up of damn near everything he's drawn or turned into video since the age of 15. The vast majority of the collection was from "The Nightmare Before Christmas," but only because that seems to have been his signature style from an early age.

Jack Skellington, the Pumpkin King, lives in a world where Halloween occurs every day. One day he stumbles across a frozen winter wonderland where Santa exists. Some of Jack's fellow Halloweeners kidnap Santa while Jack comes to understand the nature of this new holiday called Christmas. A weird claymation flick, but a damn good one where Tim Burton's imagination shines. 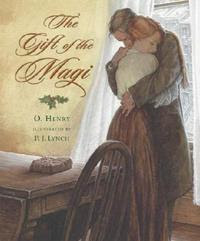 "The Gift of the Magi" was a story that went over my head when I read it at a young age, but the dramatic irony of the piece is gut wrenching. I can't even begin to break it down for you without ruining the beauty of the writing, but suffice it to say that this is probably one of the strongest examples of what the holiday spirit is about. A very quick read by O.Henry, master of the literary twist. 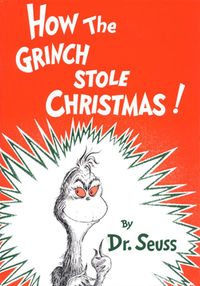 Another TBS favorite during the holiday. I shouldn't even have to analyze this one for most of you. Dr. Seuss was a staple in almost every household of every person I've ever met. The Grinch, during the course of an evening, somehow manages to steal every last bit of Christmas from a town far far below his home. Of course he has a change of heart and comes to understand the meaning of Christmas in the end.

Yeah...you remember this one. Young Billy gets a Mogwai from his father for Christmas. What's a Mogwai? No one but the elderly man at the shop knows, but who cares. They're cute until you feed them after midnight or splash water on them. This one was a decidedly more serious movie compared to "Gremlins 2: The New Batch." I'm still trying to figure out if it was intentionally bad for humor value or they just said "fuck it" halfway through and stopped caring. Either way, the first one is great for the bonding between Billy and Gizmo. The second one is great for all the humor the director gives to the gremlins. 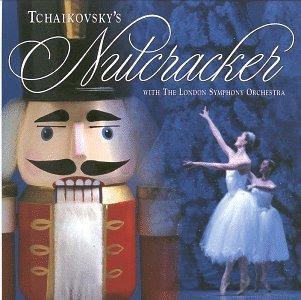 Adapted from E.T.M. Hoffman's story "The Nutcracker and the Mouse King," Tchaikovsky's "Nutcracker Suite" is probably one of the most beautifully put together pieces of music. Set during the holidays, a young girl is visited by a creepy toy making godfather who gives her a Nutcracker soldier. Later that night, she awakes and heads downstairs to check on the Nutcracker, only to find herself in the midst of a surreal battle between other toys her godfather brought (mice) fighting the soldier. From there, the story evolves into a strange and fantastic dream-like journey for the girl and her nutcracker. If you don't like classical music and you can't stand ballet, you're gonna be SOL on this one, but I promise it's worth your time and effort.


There are many, many more that I'm missing here, but we've all got our own tastes...these just happen to be mine. Either way, there's a little something out there for everyone in the way of holiday cheer entertainment.

Shifting gears a bit. Gotta get into a little terror and suspense, a little horror and a little psychological breakage. If anyone has some recommendations, I'd love to hear them. I'm in the mood for less gore and violence and more "House of Leaves" type horror. More cerebral than blood and guts or vampires and ghosts. 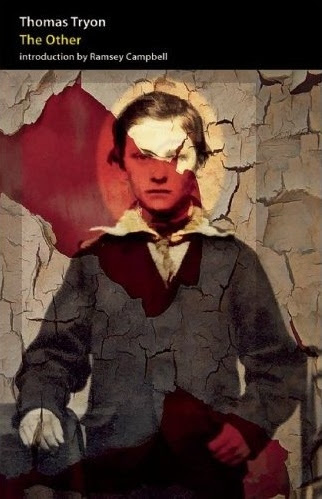 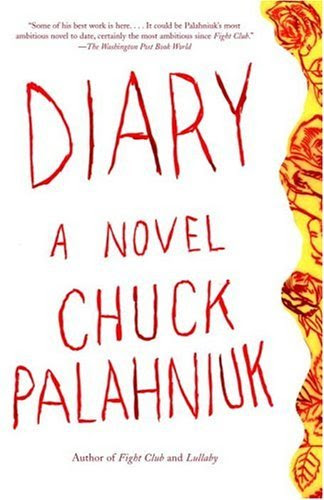 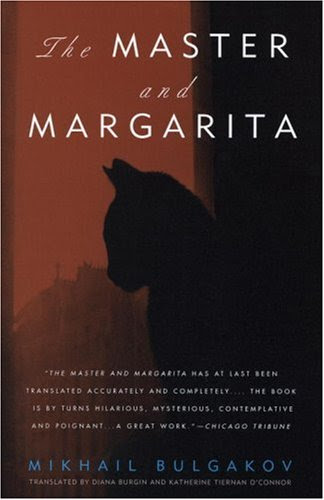