Update: A Reading, Some Publications, A Move 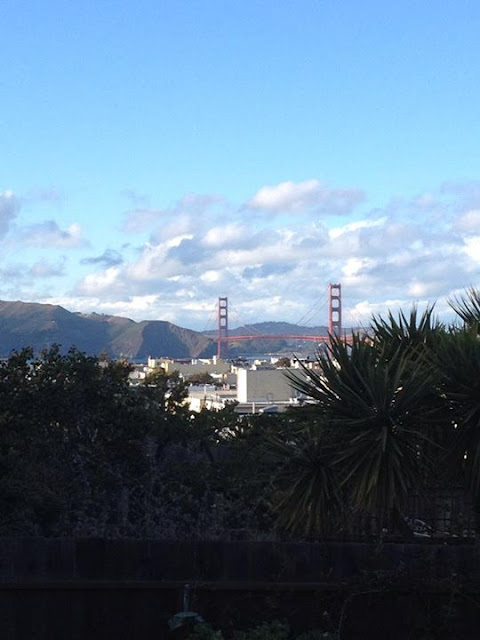 My exit from the hills of San Francisco looms ever closer. It's been a solid 6 year run wherein I've moved my entire life across the country, earned an MFA in Writing, found an amazing crew of friends, and found some success in getting publishers of journals and reviews to like my writing. All in all, I'd call my West Coast growth experiment a success. But it's time to press on to other pastures and cultivate other experiences, despite the righteous view from my back patio (see: picture above).

I was nominated by a dear graduate school friend for a reading series here in the city called Under the Influence. I was chosen and got to read from a book by an author who influenced me. I chose Blake Butler's "Scorch Atlas" as his prose and stories turned me completely on my head and made me re-examine language in some really fun ways. You can find the video of my reading below.

I've recently had the good fortune of having a couple stories picked up for publication later this year. I made mention in a previous post about two upcoming publications ("Leonard & Marj" in the Serving House Journal and "The Dinner was Lovely," which can currently be read in Cahoodaloodaling's "He Said/She Said" Issue), but here are four new pieces that have been picked up since then.


"Black Crush" - picked up by Ginosko Literary Journal. The story of a crowd of people hiding in silence from the onslaught of a military coup passing by their darkened basement. Publication sometime in September or October.

"Racking Focus" - a blending and bending of the supernatural and the classic detective story trope. A little tongue-in-cheek, but a fun read, I think. Picked up by The Poydras Review for publication sometime in September or October.

"Welcome to the Fireworks" - the story of a wife tilted sideways by the paranoid thought that her husband is cheating on her with another woman. This is her journey through the midnight streets, knocking on the doors of every hotel room she comes in contact with, hoping to catch him in the act. Picked up by Sediments Literary Arts Journal and should be published around September or October.

"The Forgetting Muse" - this piece originally began as a kind of Gattaca-influenced bit of writing and turned into something completely different. It turns the idea of a date based on a dating website on its head, giving the woman all the information about her date except for the truly important things that can't be quantified by numbers, percentages or graphs. Picked up for publication by Five Quarterly and will be published sometime in August.

And then there's this, my move back to Kansas City. My time here in San Francisco has run its course. There is plenty to love about the west coast; the food is varied and delicious, the coastlines gorgeous, and the proximity to pretty much any kind of climate within an hour's drive. Makes it a little hard to leave.

San Francisco is a hard city to make it in. Or maybe I'm just old and bullheaded in ways that don't jive with the city's younger, more tech-savvy residents. Whatever the reason, I did what I came out here to do and then some. As a writer, I've grown and experienced exponentially since my arrival six years ago, but after multiple attacks by random strangers in the street and the steadily increasing rent that makes living here harder and harder to do, it's time to go back to a place where the dollar stretches further and where my roots remain deep and labyrinthine.

What I could not do for employment out here is something I hope I'll be able to achieve upon my return to my hometown. I can only think that this city is over-saturated with intelligent, creative people the way Kansas City, thankfully, is not. I say that not as a jab at my hometown, but simply as a matter of fact - San Francisco is overrun, to its credit, with brilliant and talented people that constantly try to add to and preserve large swaths of culture in myriad ways. I hope that my aspirations and expectations are not only met, but exceeded in the same way by moving home and trying to achieve that same exaltation of arts and culture in Kansas City to higher levels.

After all...I can write anywhere. 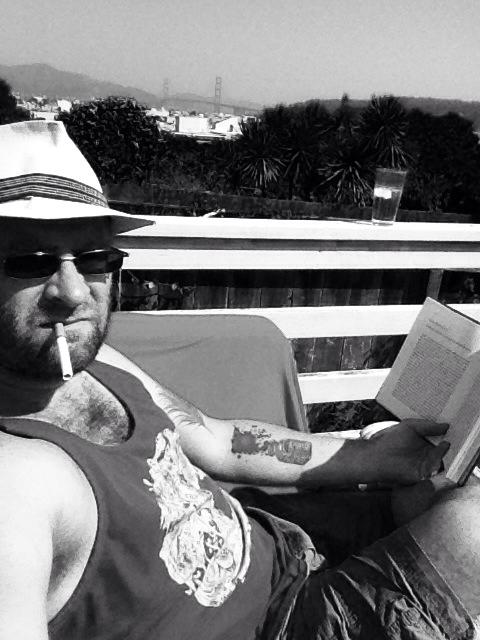