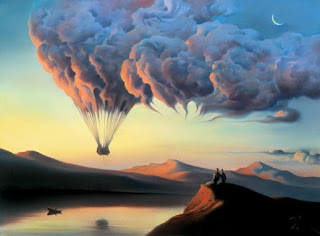 Who, What, Where, Why, When - the five pillars of journalism. The necessary abstracts-cum-realities that a story (whether fictional or factual) requires. I've been doing revisions of this short story collection, thanks to my friend Surya's invaluable notes and criticisms. Not only do I respect his unfailingly honest critiques, but he comes from a more traditional-minded part of the literary tradition whereas I find myself, often, in its more bizarre outer reaches. He is finding the holes, the broken slats covering the boarded-up windows on my little rundown house made of fiction, and shining sunlight through where it's badly needed.

Throughout most of his critiques, there is a unifying theme: lack of specificity. In my haste to create the moments of my characters, to get to the heart of their immediate emotions and struggles, I have neglected to place them, to cement them, in the world that I envision in my head but has yet to be fully translated to the page.

Some omissions are intentional, like that of time/date as I wanted to keep things vague but in a fully-realized area called "post-event/post-destruction" (which makes more sense when reading the stories together). But he's not wrong on this point either, despite my personal inclinations. Other omissions, like that of place (setting, names of cities, locales, etc.) are unintentional and require a deeper mining of these places as setting can often influence character development. I talk a little about Setting and my rationality for keeping it vague HERE. Less a philosophy now, my lack of detail in setting seems to be something more of a default rather than any intentional technique on my part. Sometimes I simply write too fast or focus too intently on what I want to say as opposed to wallowing in the build-up to the message. This is to my own detriment. And, ultimately, to the reader's. 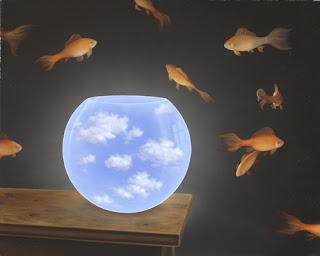 While in my last semester at USF, my professor told me (I'm paraphrasing here) that those of us who write on the margins can and should do so, but it also means that our knowledge of the basic foundations of fiction writing have to be so perfect, so ingrained, that they are intuitive. Once they have become a second-nature to us, only then are we truly able to play with function and form. You cannot paint like Dali if you have not first learned the techniques of the Impressionists, the Realists, the Still-Lifers. Once you've come to harness the techniques of reality, it becomes easier to dip your toe into the pools of surreality, which themselves are built of strange foundations.

I have never tried to write towards a specific audience, only that I've tried to write the stories that I felt would interest me if I were the reader flipping through the pages for the first time. I'd like to think that most authors do this, but I've known a few who were more interested in chasing after awards or acclaim rather than simply telling a good story. But if I cannot give a reader who has never read my work a firm foundation upon which to stand while reading my work, I have already lost them. A thorough density of the who, a firm cementation of the where and the why, an unblocked view of the clock of when...it is important that these all work in perfect tandem with each other. When they remain imbalanced or out of sync, it can leave a reader asking the exact questions the writer should have answered in the first place. Rather than gaining a new reader, you may have turned one off of your work permanently and it will be unbelievably difficult to bring them back into the fold.

You cannot build a house on shifting sands or muddy waters. Firm earth will keep your house of fiction standing upright for centuries if you've built your foundation strong enough to hold a reader's attention. 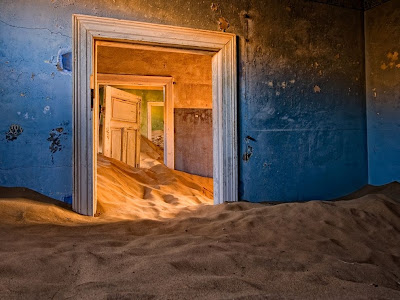 Books On Deck / Up Next

I've had to tear my room apart recently; my roommates are installing hardwood floors while I'm on vacation in the middle of March, so I had to pack up all my books and bring the bookshelves down, move the bookshelf-as-headboard out of the way and basically just strip down to the bare essentials. Every book I own is now crammed into my bathroom except for a small stack of a few that I plan on reading up until and while on my vacation. Here's some new stuff that's come my way recently. 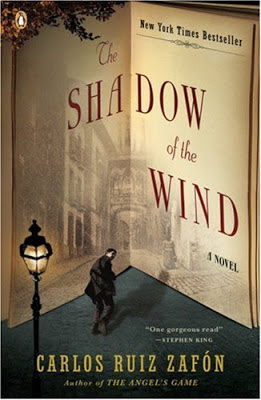 “Shadow of the Wind” by Carlos Ruiz Zafon

"Barcelona, 1945: A city slowly heals in the aftermath of the Spanish Civil War, and Daniel, an antiquarian book dealer’s son who mourns the loss of his mother, finds solace in a mysterious book entitled The Shadow of the Wind, by one Julián Carax. But when he sets out to find the author’s other works, he makes a shocking discovery: someone has been systematically destroying every copy of every book Carax has written. In fact, Daniel may have the last of Carax’s books in existence. Soon Daniel’s seemingly innocent quest opens a door into one of Barcelona’s darkest secrets--an epic story of murder, madness, and doomed love."


“The Prince of Mist” by Carlos Ruiz Zafon

"It's wartime, and the Carver family decides to leave the capital where they live and move to a small coastal village. But from the minute they cross the threshold of their new home, strange things begin to happen. In that mysterious house still lurks the spirit of Jacob, the previous owners' son, who died by drowning.

With the help of their new friend Roland, Max and Alicia Carver begin to explore the strange circumstances of that death and discover the existence of a mysterious being called the Prince of Mist--a diabolical character who has returned from the shadows to collect on a debt from the past. Soon the three friends find themselves caught up in an adventure of sunken ships and an enchanted stone garden--an adventure that will change their lives forever."

"In this powerful, labyrinthian thriller, David Martín is a pulp fiction writer struggling to stay afloat. Holed up in a haunting abandoned mansion in the heart of Barcelona, he furiously taps out story after story, becoming increasingly desperate and frustrated. Thus, when he is approached by a mysterious publisher offering a book deal that seems almost too good to be real, David leaps at the chance. But as he begins the work, and after a visit to the Cemetery of Forgotten Books, he realizes that there is a connection between his book and the shadows that surround his dilapidated home and that the publisher may be hiding a few troubling secrets of his own. Once again, Ruiz Zafón takes us into a dark, gothic Barcelona and creates a breathtaking tale of intrigue, romance, and tragedy."

"This is Barthelme's first short story collection out of a very long and distinguished career in both short stories and long fiction novels." 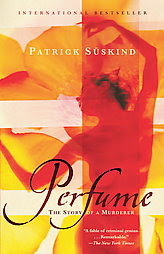 “Perfume: The Story of a Murderer” by Patrick Suskind

"In the slums of eighteenth-century France, the infant Jean-Baptiste Grenouille is born with one sublime gift-an absolute sense of smell. As a boy, he lives to decipher the odors of Paris, and apprentices himself to a prominent perfumer who teaches him the ancient art of mixing precious oils and herbs. But Grenouille's genius is such that he is not satisfied to stop there, and he becomes obsessed with capturing the smells of objects such as brass doorknobs and fresh-cut wood. Then one day he catches a hint of a scent that will drive him on an ever-more-terrifying quest to create the "ultimate perfume"—the scent of a beautiful young virgin. Told with dazzling narrative brilliance, Perfume is a hauntingly powerful tale of murder and sensual depravity." 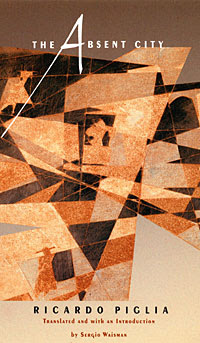 “The Absent City” by Ricardo Piglia

"The novel follows Junior, a reporter for a daily Buenos Aires newspaper, as he attempts to locate a secret machine that contains the mind and the memory of a woman named Elena. While Elena produces stories that reflect on actual events in Argentina, the police are seeking her destruction because of the revelations of atrocities that she—the machine—is disseminating through texts and taped recordings. The book thus portrays the race to recover the history and memory of a city and a country where history has largely been obliterated by political repression. Its narratives—all part of a detective story, all part of something more—multiply as they intersect with each other, like the streets and avenues of Buenos Aires itself."

“Zen & the Art of Motorcycle Maintenance: An Inquiry into Values”

"Here is the book that transformed a generation: an unforgettable narration of a summer motorcycle trip across America's Northwest, undertaken by a father and his young son. A story of love and fear -- of growth, discovery, and acceptance -- that becomes a profound personal and philosophical odyssey into life's fundamental questions, this uniquely exhilarating modern classic is both touching and transcendent, resonant with the myriad confusions of existence . . . and the small, essential triumphs that propel us forward."