Music Inspiring "The Machinery of the Heart" Story Collection

With every new project I start, I put together one large playlist or a couple small ones (depending on the type of project it may be). This new project ("The Machinery of the Heart: Love Stories") forced me to dig deep into the crates of music I already had while also picking up a ton of new stuff along the way. Thankfully, the book's aesthetic and several of my friends' music tastes collide nicely together, so I was able to get turned on to some really fantastic stuff.

A great deal of what I already listen to leans to the darker, slower side of things, so what you'll hear below doesn't deviate much from that. And while the title of the new collection contains the phrase 'love stories,' they aren't necessarily the kind of love stories you may be thinking. If you've read any of my published stuff, you'll know my imagination shoots off into some strange places. The music below has been perfect as a guiding force in finding these strange places.

Now typically, I prefer completely instrumental music to listen to while writing so as to avoid someone else's vocal stylings or particular phrases influence me too much (see my post on plagiarism HERE), but there are a few tracks in here that, due to their atmosphere or general vibe, contain some kind of singing or lyrical nature.


Turtle - "Opposite of Low"


Junior Boys - "Teach Me How to Fight"


Sleepmakeswaves - "It's Dark, It's Cold, It's Winter"


Teargas & Plateglass - "One Day Across the Valley" 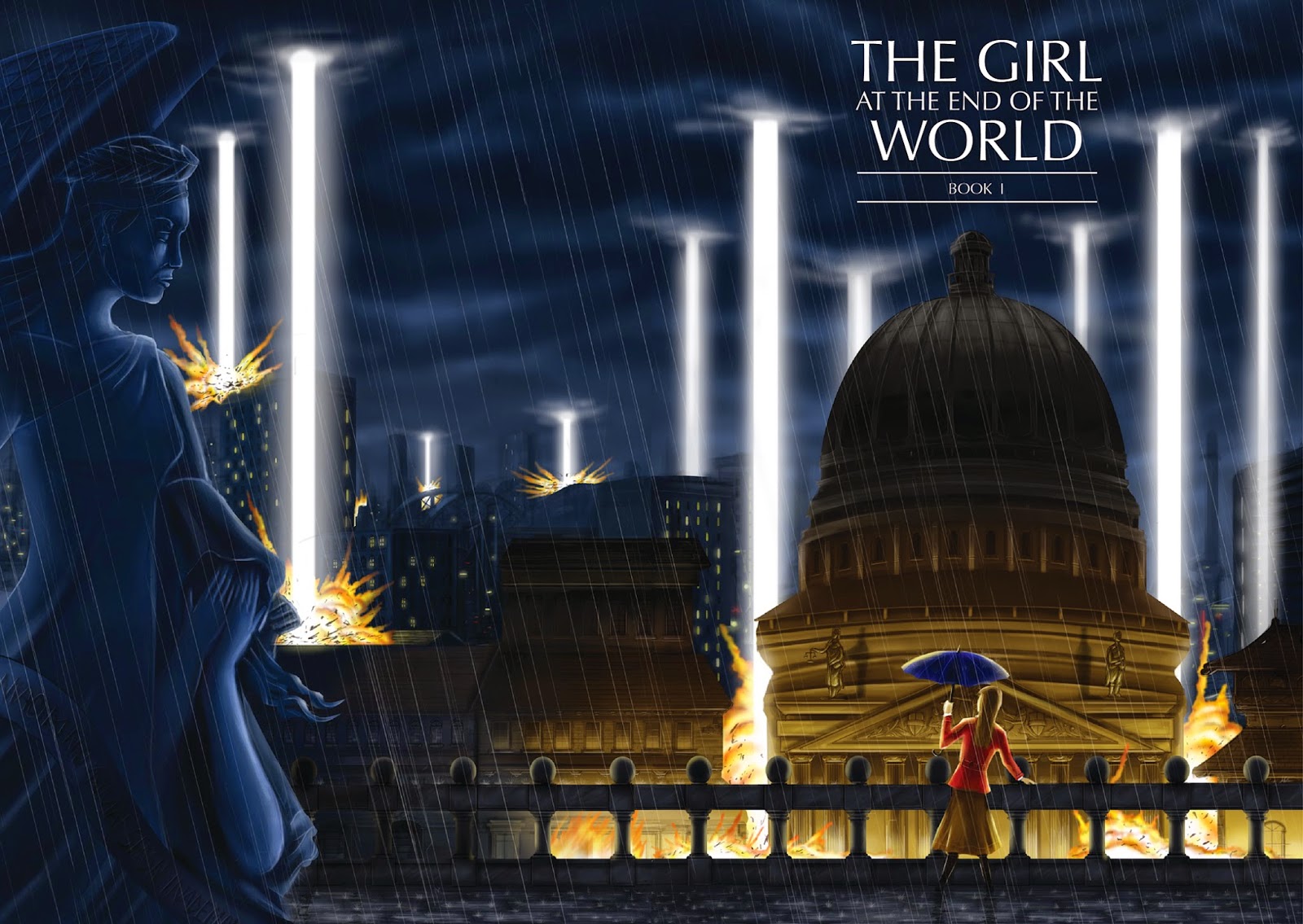 "The Girl at the End of the World: Book 1" (published by Fox Spirit)

Anxious to dig into this one as one of my stories has been included in the anthology. Here's what Fox Spirit has to say about the collection as a whole:

"It’s the end of days. The sky is falling, the seas are burning and your neighbour is a zombie. It’s brutal out there. It’s every man for himself and these heels are going to have to go; you simply can’t run in them!

Across two volumes, The Girl at the End of the World offers forty-one striking visions of the apocalypse and the women and girls dealing with it. From gods to zombies, from epic to deeply personal, from the moment of impact to a future where life is long forgotten; bestselling authors and exciting new writers deliver tales you’ll still remember when holed up in a fallout shelter with one remaining bullet and a best friend with a suspicious bite mark on their neck." 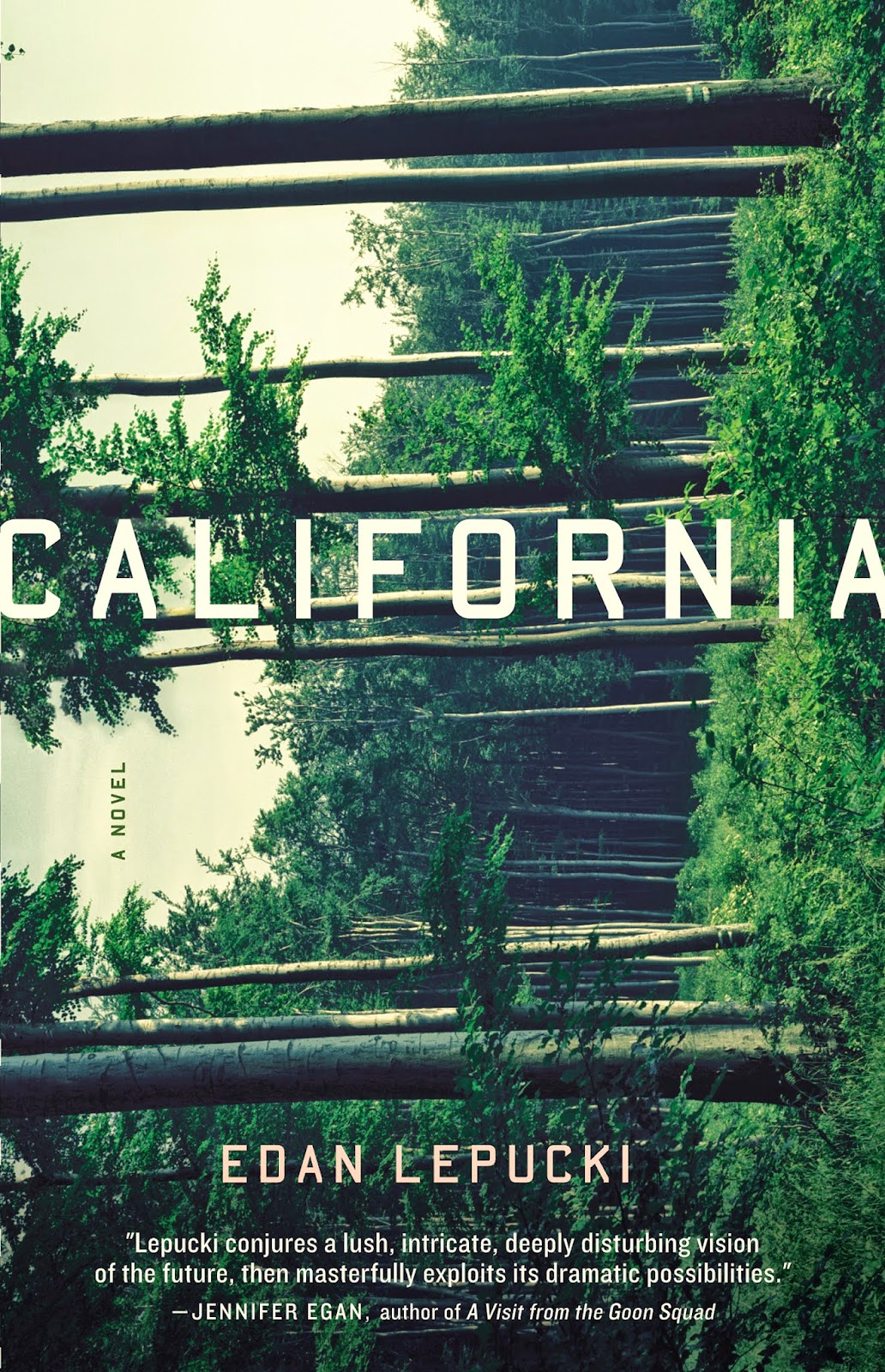 "California" by Edan Lepucki
“The world Cal and Frida have always known is gone, and they've left the crumbling city of Los Angeles far behind them. They now live in a shack in the wilderness, working side-by-side to make their days tolerable in the face of hardship and isolation. Mourning a past they can't reclaim, they seek solace in each other. But the tentative existence they've built for themselves is thrown into doubt when Frida finds out she's pregnant.

Terrified of the unknown and unsure of their ability to raise a child alone, Cal and Frida set out for the nearest settlement, a guarded and paranoid community with dark secrets. These people can offer them security, but Cal and Frida soon realize this community poses dangers of its own. In this unfamiliar world, where everything and everyone can be perceived as a threat, the couple must quickly decide whom to trust.

A gripping and provocative debut novel by a stunning new talent, California imagines a frighteningly realistic near future, in which clashes between mankind's dark nature and deep-seated resilience force us to question how far we will go to protect the ones we love.” 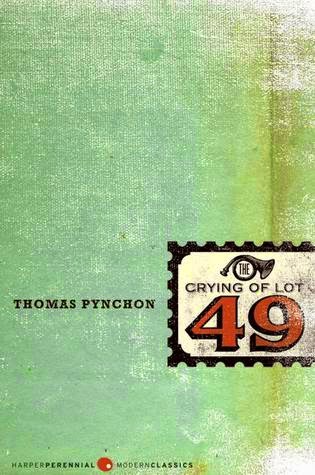 "The Crying of Lot 49" by Thomas Pynchon

“The Crying of Lot 49 is Thomas Pynchon's classic satire of modern America, about Oedipa Maas, a woman who finds herself enmeshed in what would appear to be an international conspiracy.

When her ex-lover, wealthy real-estate tycoon Pierce Inverarity, dies and designates her the coexecutor of his estate, California housewife Oedipa Maas is thrust into a paranoid mystery of metaphors, symbols, and the United States Postal Service. Traveling across Southern California, she meets some extremely interesting characters, and attains a not inconsiderable amount of self-knowledge.” 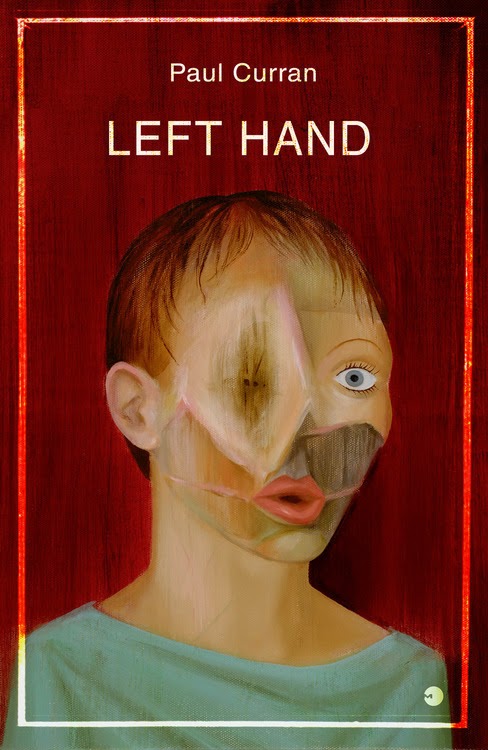 "Left Hand is every reason why Paul Curran is one of the smartest, most daring, meticulous, violent, delicate, awe-inspiring new fiction chiselers in the known world, if you ask me. His work has been a huge favorite of lucky insiders like me for years, and now the secret is finally and definitely out."     -Dennis Cooper, author of The Marbled Swarm 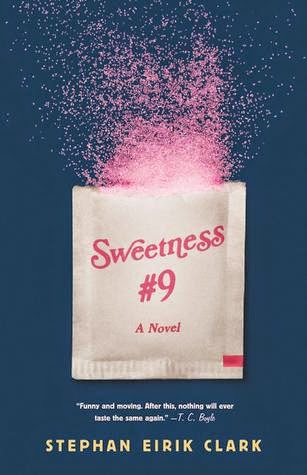 “It's 1973, and David Leveraux has landed his dream job as a Flavorist-in-Training, working in the secretive industry where chemists create the flavors for everything from the cherry in your can of soda to the butter on your popcorn.

While testing a new artificial sweetener--"Sweetness #9"--he notices unusual side-effects in the laboratory rats and monkeys: anxiety, obesity, mutism, and a generalized dissatisfaction with life. David tries to blow the whistle, but he swallows it instead.

Years later, Sweetness #9 is America's most popular sweetener--and David's family is changing. His wife is gaining weight, his son has stopped using verbs, and his daughter suffers from a generalized dissatisfaction with life. Is Sweetness #9 to blame, along with David's failure to stop it? Or are these just symptoms of the American condition?

David's search for an answer unfolds in this expansive novel that is at once a comic satire, a family story, and a profound exploration of our deepest cultural anxieties. Wickedly funny and wildly imaginative, Sweetness #9 questions whether what we eat truly makes us who we are.” "The Man in the High Castle" by Philip K. Dick

"It's America in 1962. Slavery is legal once again. The few Jews who still survive hide under assumed names. In San Francisco, the I Ching is as common as the Yellow Pages. All because some twenty years earlier the United States lost a war—and is now occupied by Nazi Germany and Japan.

This harrowing, Hugo Award-winning novel is the work that established Philip K. Dick as an innovator in science fiction while breaking the barrier between science fiction and the serious novel of ideas. In it Dick offers a haunting vision of history as a nightmare from which it may just be possible to wake." 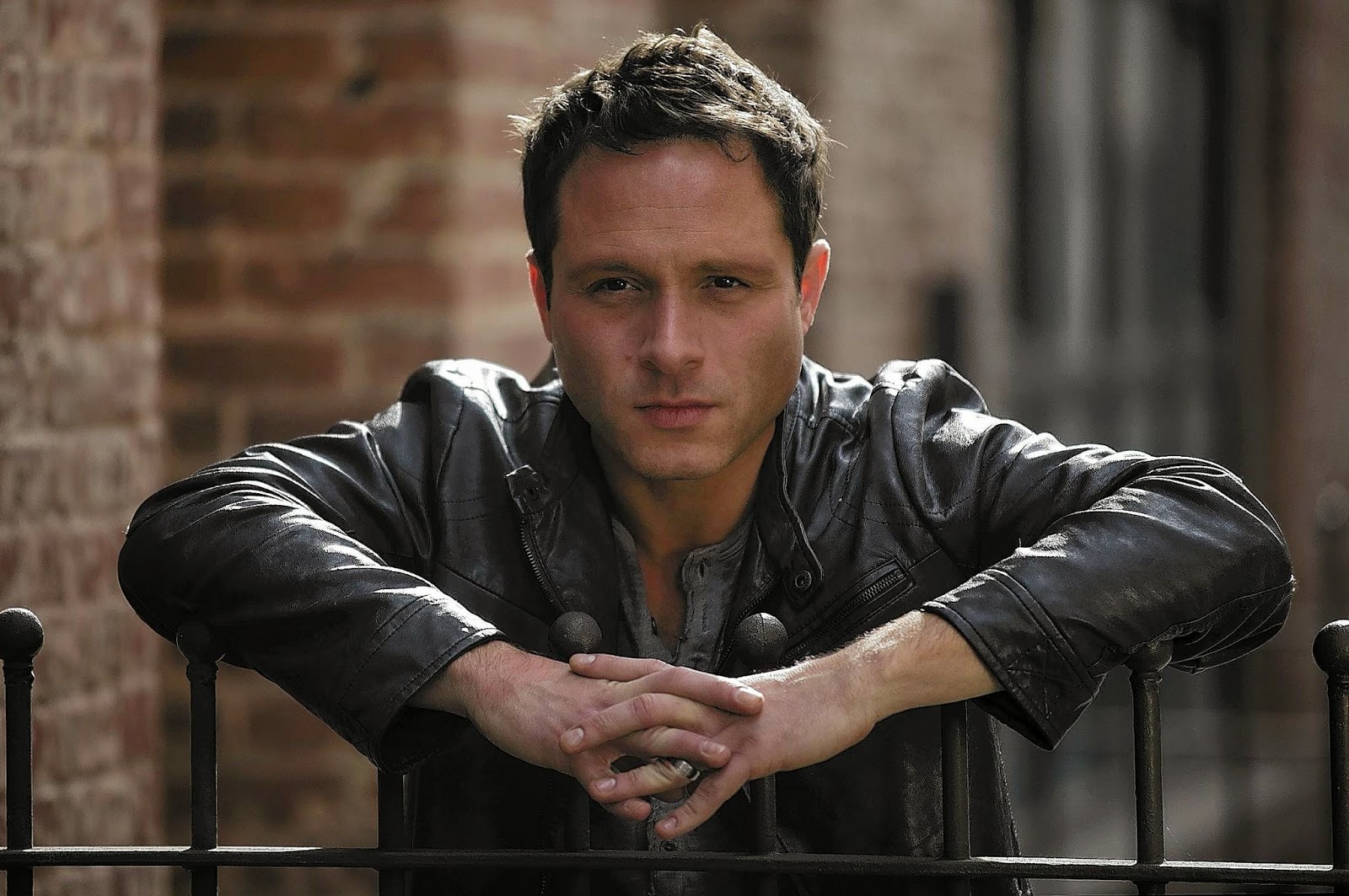 There's been a lot of buzz lately about the fact that Nic Pizzolatto, creator of HBO's hit series "True Detective," plagiarized some of the writing in the show. I realized this would be a good time to discuss this topic, not only because I loved the show, but because I was personally accused of plagiarism (twice!) this year and it's a pretty serious topic for writers in general.

I should start by saying what I always say in moments like these: if you're going to call someone a plagiarist, you better have some pretty definitive proof since that's a bell that can't be unrung once it's been sounded. For a writer, it's not unlike calling someone a child molester or worse. It can be very stigmatizing and, ultimately, polarizing in some seriously negative ways.

My own take on the Pizzolatto fiasco? People have focused pretty narrowly on a couple lines or ideas throughout the course of 8 hours of written television. If a writer is influenced strongly by other writers, there are certain to be some ideas or phrasings that carry over (whether intentionally or unintentionally). Ideas create other ideas; philosophies permeate certain characters and make them who they are on the page. I'm sure there are sections of some of my stories that could be easily shown as influenced by other writers. I'd admit to this pretty readily, but at no point would I lift anything from someone else's work knowingly or intentionally. As a philosophy major during my undergrad, I read Nietzsche, I read Plato, I read John Rawls and Thomas Hobbes and John Locke and St. Augustine...and surely, at some point, some of the ideas that resonated with me from those texts might end up spilling out onto the page. If any writer tells you that they aren't susceptible to this, they're flat out lying. Ideas beget ideas beget ideas. Period.

Hypothetically, let's assume that Pizzolatto completely plagiarized 15 whole minutes of the entire first season of True Detective (I'm being overly generous here). That still leaves 7 hours and 45 minutes of his own original material. I've read plenty of interviews with Pizzolatto about the show over the last year and I've read his press release about the alleged plagiarism. He's wicked smart, crazy educated, and just created one of the most impressive debut shows in the last several years. I simply DO NOT buy into the plagiarism accusation on any level. I think it's complete nonsense.

(I think David Haglund over at Slate.com does a pretty good job of analyzing the whole Nic Pizzolatto situation HERE.)

But then...where's the outrage over the same terrible sitcoms we see on television year after year? The same type of cliched archetypes of characters delivering and acting out the same terrible jokes that we've seen season after season after season? Do sitcoms get a complete pass simply because we all know that the characters are archetypes and because we can pretty much predict the next joke before it ever happens because there's some kind of universal aesthetic to the sitcom? Get outta here with that nonsense. 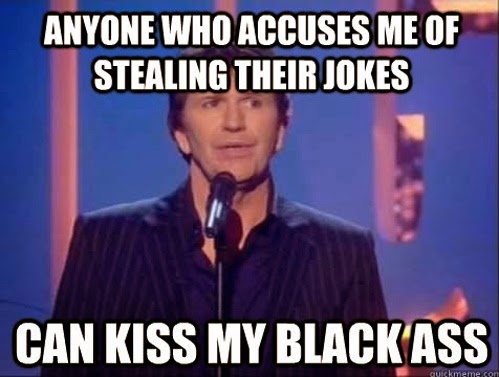 Earlier this year, I had some random person leave comments on a few of my posts. I don't remember their name (if they'd even stated it) or who they were in general, but they pretty much flat out accused me of plagiarizing the summarized texts beneath the books I plan on reading in the near future. They were pretty hateful about it and I was less than kind in my responses (which is why all of their posts and my replies have been deleted; you won't find them). If I've never read the book, how would I know what it's about? Well...I'll read the summary on Amazon or Goodreads or even the back of the book. These summaries I posted verbatim and within quotes (to show that they were not my words) and had even stated that fact multiple times elsewhere on the site. If you're going to accuse someone of plagiarism, bring proof. And definitely don't be a dick about it if you don't have proof.

Shortly after that, an editor from a journal that published one of my stories came at me with the same accusation, but in a more respectful manner. There was the question over whether or not I could use verbatim legal text (penal codes, laws, etc.) in my story without gaining permission from the particular governing body overseeing those laws. She didn't know the answer and wondered if I knew the answer. Neither of us knew as we'd never had to find out before. She did some research on her own, I did some on mine and we found that legal language can be used verbatim as laws, citations, penal codes, etc., are all under the purview of fair use since the words don't belong to any one person. The difference in this situation? She was nice about it. She understood the gravity of calling someone a plagiarist of another's work and never actually did so. We worked it out together. I have a huge amount of respect for her because of that.

With the extensive reach of the internet, it's not hard to find someone who has faked their way into success in some way, so...don't do it. Don't lift someone else's words and call them your own. Someone will always know. But also...don't be so quick to jump on the accusatory bandwagon until you've got all your facts straight. This goes for most moments in life as well. 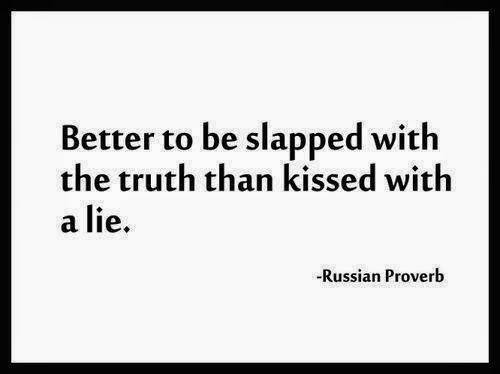